Various locations all over the world have the potential for vacationing which can leave us with memories for a lifetime. As a travel enthusiast or just as an individual who wants to escape from the monotony of daily life, vacations signify a lot more than they appear to.

The things which make vacations memorable are destination shopping such as purchasing souvenirs and outdoor activities for fun such as sports and hiking. The following discussion would investigate and outline some of the appealing and worthwhile things to do in the Brainerd region that might just turn your holiday into an adventure. 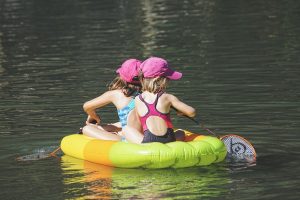 The bike trails are paved and efforts are made consistently by authorities for promotion, creation and maintenance of paved bicycling trails. Among the walking trails, Heritage Trail and The Northland Arboretum are places which visitors should give a try.

Other activities that could up the ante for visitors at Brainerd Lakes include music events such as Crosslake Outdoor Music Series at Crosslake Town Square, Lakes Jam, Iconic Music Fest and Bands in the Park. Do not forget to make the most of the opportunities provided by Stage North Theatre and Geritol Frolics to have the privilege of watching a live show.

© 2016 All Rights Reserved | Powered by WordPress | Made with ❤ by Themely